Granitos y Mármoles started in 1953 when Mr. Erasmo Pacini and his family, taking advantage of the knowledge in the technical and financial activities of the marble sector, get associated with the IFI (Instituto de Fomento Industrial – Intitute of Industrial Development), to develop the market in Colombia. In the same year, they opened the company’s first processing plant in the Cundinamarca neighborhood of Bogota city.

After seven years, the Pacini family realized that in Colombia there was also the possibility of extracting stones, and supported at the beginning by Italian technicians, they started the first extraction quarry in the country, located in Villa de Leyva, which over time begin to be operated by Colombian labor.

For 1962 the industrial engineer, Antonio Pacini, son of Erasmo assumes the management in Granitos y Mármoles. Thanks to his knowledge, he manages to give the company a leading financial and economic position in Colombia.

Due to the growth of the company, on May 2, 1972, the processing plant moves to Bosa, in the south of Bogota, where it begins to use the industrial diamond for precise cuts and cuts in the thicknesses of the plates in sizes from 2cm to 14mm. Since then, Granitos y Mármoles has always sought to position itself as an innovative company, and for this reason the company became a pioneer in the use of looms for processing natural granite in the late 80’s

The decade of the 90’s was very important for the company, in its early years a new line of business was created: Autentico, responsible for making mosaics, rosettes and borders of small pieces of marble and other materials, as well as the elaboration of objects carved in marble for the home. In 1992, the growth of Granitos y Mármoles couldn’t be stopped, so they decided to start operations in new places of the country, with a new processing plant in Coralene-Turbaco and a showroom in Barranquilla. Two years later, it launches a second line of business called Groza, which specializes in Adhesive Line, maintenance and cutting of natural stones and a new branch is opened in Cartagena.

The advance of Granitos and Mármoles continues, and in 1995 Instagramar is created, a small line of business, dedicated to the specialized installation of floors, facades and all kinds of granites and marbles. In the same way, a new sales room is inaugurated in Toberín. For the following year, the branch of Bucaramanga is opened, and expansion to other markets outside the country begins, opening the operation in Peru.

Time passes, and the company celebrates its first 50 years of operation, expanding its portfolio of products in construction finishes with the launch of new business lines: Italian kitchens, which are complemented with surfaces, floors and walls in spectacular stones. In 2005, the importation of artificial surfaces such as Quarztone and Concetto from the Caesarstone brand began, for various applications in interior designs. Four years later, a new exhibition and sales plant opens in the Chorrillos District, Graymar SAC Peru.

2015 was a very special moment for Granitos y Mármoles; understanding that her business had been consolidated in the construction finishing market, with a portfolio of much broader lines of business, it decided to modernize its corporate identity, creating a brand that covers that portfolio of lines of business, and not as independent subsidiaries, but as a single brand: GRAMAR, name that makes references to “Gra” of granites and “Mar” of marbles.

This year Gramar celebrates 65 years of having started the path that positions it as an innovative and different company in the stone market, to which new business options have been added that have ratified its avant-garde personality, taking year after year a tradition fused to the current world with the use of unique technologies in Colombia. 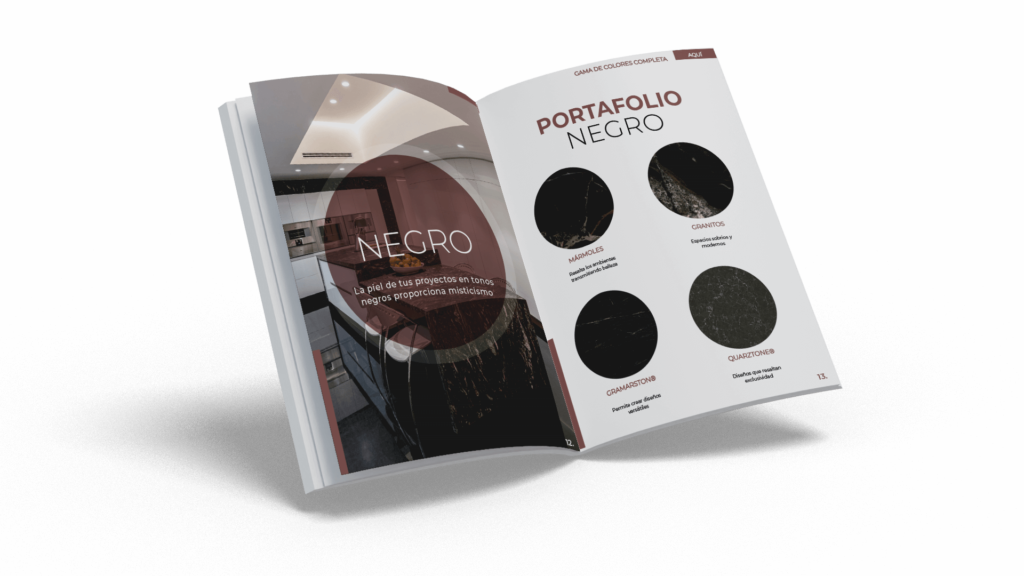